During WWII she was sunk by German forces but was raised in 1945 and then scrapped.

Be the first to review “Conte Di Savoia” Cancel reply 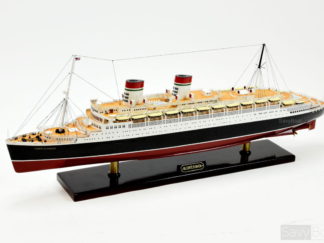