This is Maersk Alabama N scale waterline for your train layout that will fit N scale containers on deck. We can custom make upon request, please contact us for detail.

Our master craftsmen handcraft these nicely detailed models from scratch using her photographs, drawings and original plan. The Maersk Alabama N scale is built to scale with top quality wood such as teak, mahogany with hollow superstructure and hull. She is 100% handcrafted individually using plank-on-frame construction method and are similar to to building of actual ship. Each model requires hundreds of hours to finish and must go through a demanding quality control process before leaving the workshop. This Maersk Alabama N scale waterline model is ready to display in your train diorama.

MV Maersk Alabama (formerly Alva Maersk) is a container ship owned by Maersk Line Limited and operated by Waterman Steamship Corporation. She has a light-blue hull and a beige superstructure like all Maersk vessels, regardless of their flag of registry. She was hijacked by pirates near Somalia in 2009 and her crew held hostage. A second unsuccessful hijacking attempt was made later that year.

The Maersk Alabama hijacking was a series of maritime events that began with four pirates in the Indian Ocean seizing the cargo ship MV Maersk Alabama 240 nautical miles (440 km; 280 mi) southeast of Eyl, Somalia. The siege ended after a rescue effort by the U.S. Navy on 12 April 2009. It was the first successful pirate seizure of a ship registered under the American flag since the early 19th century. Many news reports referenced the last pirate seizure as being during the Second Barbary War in 1815, although other incidents had occurred as late as 1821. It was the sixth vessel in a week to be attacked by pirates who had previously extorted ransoms in the tens of millions of dollars.

The story of the incident was reported in the 2010 book A Captain’s Duty: Somali Pirates, Navy SEALs, and Dangerous Days at Sea by Stephan Talty and Captain Richard Phillips, who had been master of the vessel at the time of the incident. The hijacking also inspired the 2013 film Captain Phillips. 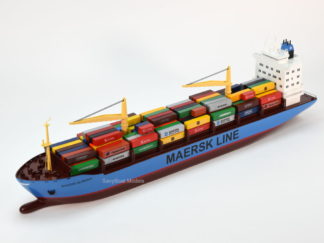