To no one’s surprise, Stars & Stripes dominated its match races with KZ 1, the challenger from New Zealand. Following the race the New Zealand team sued and initially won the America’s Cup trophy in a court case. The decision was reversed on appeal, and the San Diego Yacht Club retained the Cup.

After the 1988 America’s Cup, the wing masted catamaran was bought by Mexican yachtsman Victor Tapia and currently sails in Mexico. The soft sail yacht was bought by Steve Fossett and used to set speed records in various yacht races. The soft sail yacht suffered a dismasting during a Mackinac race which resulted in her being stored for several years. In 2015, Freddie Mills acquired the vessel and has re-rigged and re-commissioned her as a private racing yacht operating out of Newport, Rhode Island. In October 2017 Stars and Stripes was acquired by Key Lime Sailing Club and Cottages in Key Largo to be used for day charters and racing. 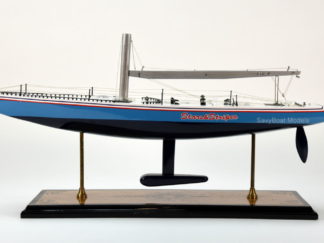